The Comhlámh Trade Justice group sent the following letter to all sitting Irish MEPs around the upcoming vote regarding fresh talks around a new US EU trade deal. Given the disaster for people and environment that was proposed in the original TTIP agreement, we call on our sitting MEPs to vote against the opening of new trade agreement talks. Contact details are at the bottom and we would encourage you to contact MEPs directly yourselves.

“I am writing on behalf of the Comhlámh Trade Justice group. As I am sure you are aware, this week you will be required to vote regarding the opening of talks about new mandates for the EU US trade deal.

As a group that has run several campaigns regarding the detrimental effects of trade deals such as CETA and the original TTIP deal, and as a group whose aim is to take action to ensure that trade works for the benefit of people and the planet, we are calling upon you, as an Irish elected representative to the European Parliament, to vote against what we see as the reintroduction of another form of TTIP.

Three years ago, widespread protests took place across Europe against a planned trade deal between the EU and the US. It was eventually halted. However, in order to avoid President Trump slapping tariffs on imports of EU-made cars, EU governments are now planning to agree terms to start negotiating a new transatlantic trade deal.

EU and national decision makers have stated that the EU will only negotiate trade deals with countries signed up to the Paris Agreement. Trump has declared that he will take the USA out of it.  Thousands of citizens – especially school children – are currently marching in the streets demanding immediate action from decision makers on climate change.

European decision makers, such as yourself, need to listen to the citizens they serve, and show the world that the EU takes the Paris Agreement seriously. There should be no negotiations with countries that show neither ambition nor action on climate change and environmental protection.

Global commitments towards stopping climate change must come before the interests of the EU car lobby. Hard-won standards that protect people and the planet should come before trade deals.  As a minimum, EU decision makers must keep their word, uphold the Paris Agreement and not mandate new trade negotiations with the USA.

We are asking you to vote in a way that will avoid the devastating effects of climate change and bring about a safer, fairer, and cleaner Ireland and Europe.

We are asking that when you vote this week that you will vote against the opening of talks for a new transatlantic trade deal.

Thanking you in advance of a favorable reply.”

You can contact sitting MEPs using the below details.

Details of the current (March 2019) Irish MEP’s are below.

Lynn Boylan, Matt Carthy and Liadh Ní Ríada are Sinn Fein and along with Luke Ming Flanagan (independent) in the GUE/NGL group

Finally Brian Crowley is in the the European Conservatives and Reformists grouping.

Their respective emails are: 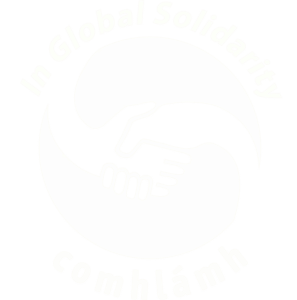